To Team Ireland, With Love 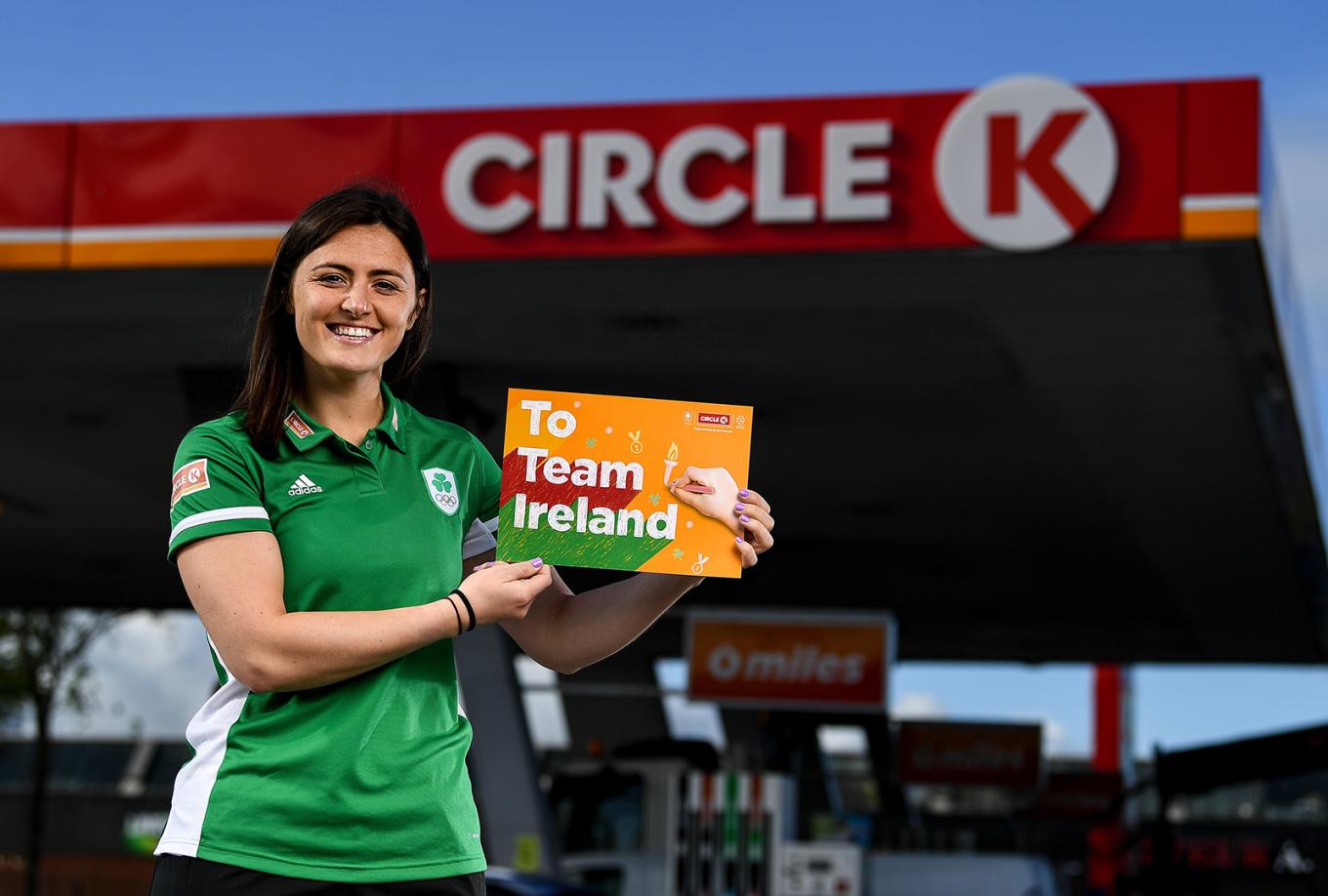 Customers can participate in this initiative by picking up postcards in their local Circle K store, drawing or writing their message of support to Team Ireland and returning them to a special post-box in-store

Entries are FREE, and customers can submit as many postcard entries as they like

People will see their postcards feature in a variety of Circle K promotional materials throughout the summer games, and there will be spot prizes of €50 One4all Gift Vouchers for five lucky participants

Circle K, Ireland’s leading forecourt and convenience retailer and partner of both Irish Olympic and Paralympic Teams, has today launched To Team Ireland, giving the Irish public the chance to show off their creativity by drawing or writing a picture or message on a postcard in support of Team Ireland. While COVID-19 travel restrictions will prevent any international supporters from travelling to Japan, Circle K’s To Team Ireland initiative is an easy way for Irish fans to make sure their presence is still felt in Tokyo.

Customers can pick up as many postcards as they like for free in any Circle K store nationwide. After bringing the postcards home, they can write, draw, or colour their message of support to the athletes. When they’ve finished their artwork, they can simply bring it back to their local Circle K and post it in the special post box that’s been set up in all stores.

The best postcards will be displayed at Team Ireland’s camp in Tokyo’s Athlete Village, which will remind Team Ireland athletes throughout the Olympic and Paralympic Games that the nation is behind them every step of the way. What’s more, entrants may see their postcards feature in a variety of Circle K promotional materials throughout the summer games, and there will be spot prizes of €50 One4all Gift Vouchers for five lucky participants.

Róisín Upton said, “Irish supporters are renowned for being among the best in the world and their incredible support at world sporting events always leave a lasting impression on the host countries. We know that the Irish supporters would be there in their thousands to cheer us on in Tokyo if it was possible, but thanks to this new initiative by Circle K, their presence will still be felt at the Team Ireland camp and will remind that they’re with us every step of the way.

Joanne D’Arcy, Director of Market Development at Circle K Ireland, added: “We’re hugely excited to see Team Ireland compete at the Tokyo Games this summer. We hope that the ‘To Team Ireland’ initiative will serve as a physical reminder to our homegrown champions that the nation is fully behind them as they make their final preparations for the initiative. Not only will the public be showing their support of Team Ireland by entering, but their beautiful art or engaging message might get nationwide recognition too by featuring in a special ad on RTÉ. With just a few months to go until the Tokyo Games, visit your nearest Circle K store, pick up a few postcards, get creative with your family and drop it back in store – we can’t wait to see your submissions!

Catherine Tiernan, Commercial Director of the Olympic Federation of Ireland, added: “In Tokyo Team Ireland athletes will feel the support of the Irish community more than ever, thanks to this great initiative from Circle K. The Olympic Games are the pinnacle of an athlete’s sports career, and our team know that the nation will be cheering them on. What better way to celebrate that, than being surrounded by the love and messages of those who send messages through the ‘To Team Ireland’ campaign.”

Miriam Malone, CEO of Paralympics Ireland, concluded: “When our athletes are away they know better than most of the value of hearing from home. This initiative from Circle K will be a lovely reminder that the public at home are behind them as they prepare for, and compete at, a games that will be like no other. Knowing that they have that support could help to make all the difference To Team Ireland.”