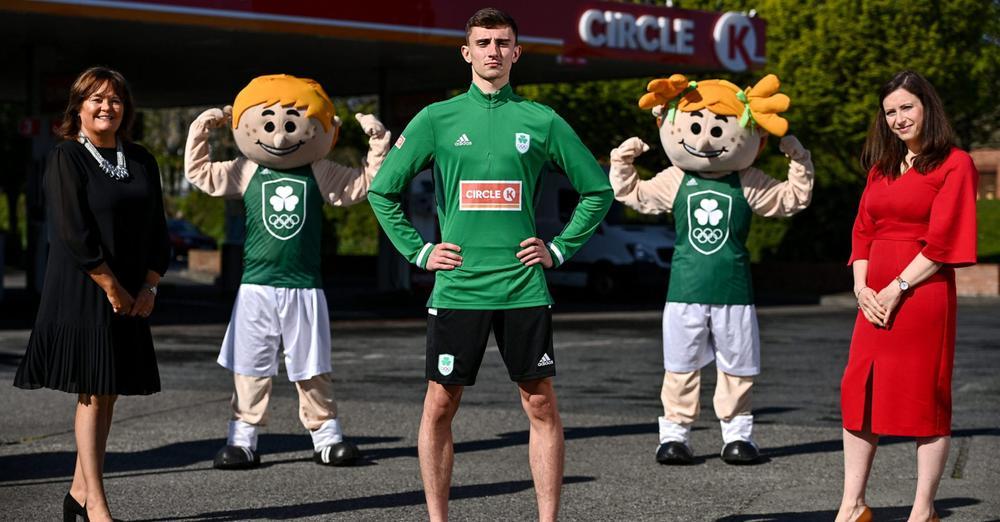 To celebrate the launch of the merchandise, Circle K is running a competition that gives the Irish public the chance to name the Team Ireland mascots. The public can enter the competition and suggest names for the mascots on the Circle K website until May 20th . A shortlist of entries will be revealed on Circle K’s social media channels on May 21st, where the public can vote for their favourite. The winning entry will become the official names for the Team Ireland Olympic mascots and, on top of that, this exciting prize includes a €250 One For All voucher and a hamper full of Olympic goodies. Tune into The Late Late Show on May 28th where the mascots will be named.

Joanne D’Arcy, Director of Market Development at Circle K Ireland, added: “I am delighted to announce that Circle K, in partnership with the Olympic Federation of Ireland, has launched a range of limited-edition Team Ireland merchandise which is now on sale in select Circle K stores. Our customers have been incredible supporters of Team Ireland throughout our Here for Ireland campaign, and we hope that they will continue that support by purchasing an item of merchandise and either wearing or waving these items with pride as Team Ireland prepares for the Olympic stage in July.

“The range includes two soft toy mascots, and when it came time to naming our new friends, we felt we should leave it in the public’s hands! We’ve launched a new competition to find the mascot’s names and those who share their most imaginative suggestions will be entered into a draw to win some fantastic prizes. So, show us what’s in a name and that you’re here for Team Ireland!

Catherine Tiernan, Commercial Director of the Olympic Federation of Ireland, added: “We are delighted that Circle K is running a national competition to find the best names for the official Team Ireland mascots ahead of the Tokyo Olympic Games. This year we are counting on the people of Ireland to support us from home,  and we are very fortunate to have a partner like Circle K with stores and forecourts in every community in Ireland & Northern Ireland supporting our local Olympians . Thanks to Circle K’s support we look forward to finding winning names for our girl and boy mascots! The winning names will be announced on 28th May on the Late Late Show Olympic Special. Our Mascots will be available  for purchase in selected  Circle K stores after 28th May.”